Marian Barilone, DTM, District Director, takes seriously the responsibility of directly overseeing and managing the district’s day-to-day operations, finances, and human resources. She leads a team of district leaders called the Senior Seven, Division Directors and Area Directors to help her fulfill these responsibilities.  She works to empower the district leadership team to work together toward the district mission, while supporting each other as fellow Toastmasters and leaders. Her focus for the 2022-2023 Toastmaster Year is “Engaged to Excel.”

Marian’s Toastmasters journey started in the Philippines. She joined a club when she was advised by a senior professor that joining a club will be a good addition to her resume. When Marian resumed her Toastmasters membership in Lawrenceville, GA, that’s when she got engaged because of her mentor’s guidance. 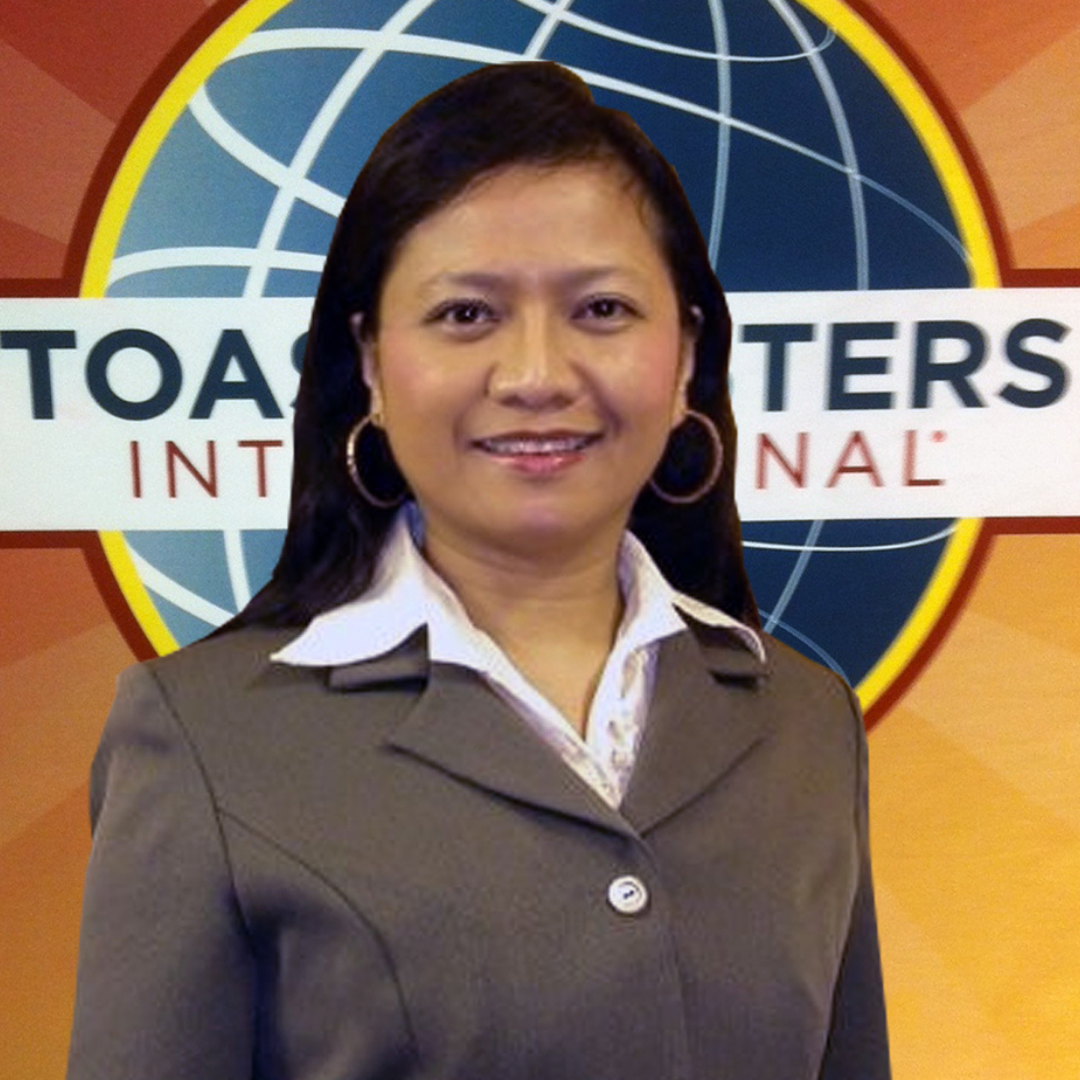 Marian started as a shy member of her club and stepped up to a leadership role because her club needed a club secretary in Gwinnett Harbingers Toastmasters. She then progressed to fill the other club officer positions. Under her leadership as Club President, her club ranked among the clubs with the most number of educational awards in District 14, and five members achieved Triple Crowns as part of their club success plan. Her club achieved President’s Distinguished status with 22 educational awards for 2013-2014.

Marian continued her leadership journey by serving in various Project Manager roles in the different committees in the District Conferences (Gift Basket and Door Prizes, Information, Volunteer, First-Timers Committees, etc.). This is where she met and developed friendships and relationships with Toastmasters all over Georgia from Atlanta to Savannah.

She also served as an Area Director and her Area earned President’s Distinguished Area under her term. When she was Division Director, her Division helped charter a new club, and her Division was poised to become a Distinguished Division were it not for the loss of some corporate clubs.

Under her term last year as Club Growth Director, Marian and her Club Extension/District 14 Champions Team chartered 12 new clubs despite the transition to virtual meetings! Even with the loss of several corporate clubs, Marian’s work brought the District back to its base of 140 clubs last July 2020. District 14 was the District with the most number of clubs chartered for the month of April 2021, earning the District top rank among the Districts in Region 8.

Marian is currently working as a Senior Paralegal and her Toastmasters experience  and learning allowed her to navigate the corporate world with confidence and leadership. Marian was awarded Navigator of the Quarter (the equivalent of the Employee of the Quarter for her Department) I her previous office.

Marian attributes the qualities of good leadership, ability to think on her feet, good communication skills, time management, confidence in speaking before a group presentation, and team player skills from her experience and service in Toastmasters.

She would like to invite people to have fun while learning by joining a Toastmasters club and making it a part of their personal and professional growth. To join a club or for any question about Toastmasters, please contact Marian via the email below.