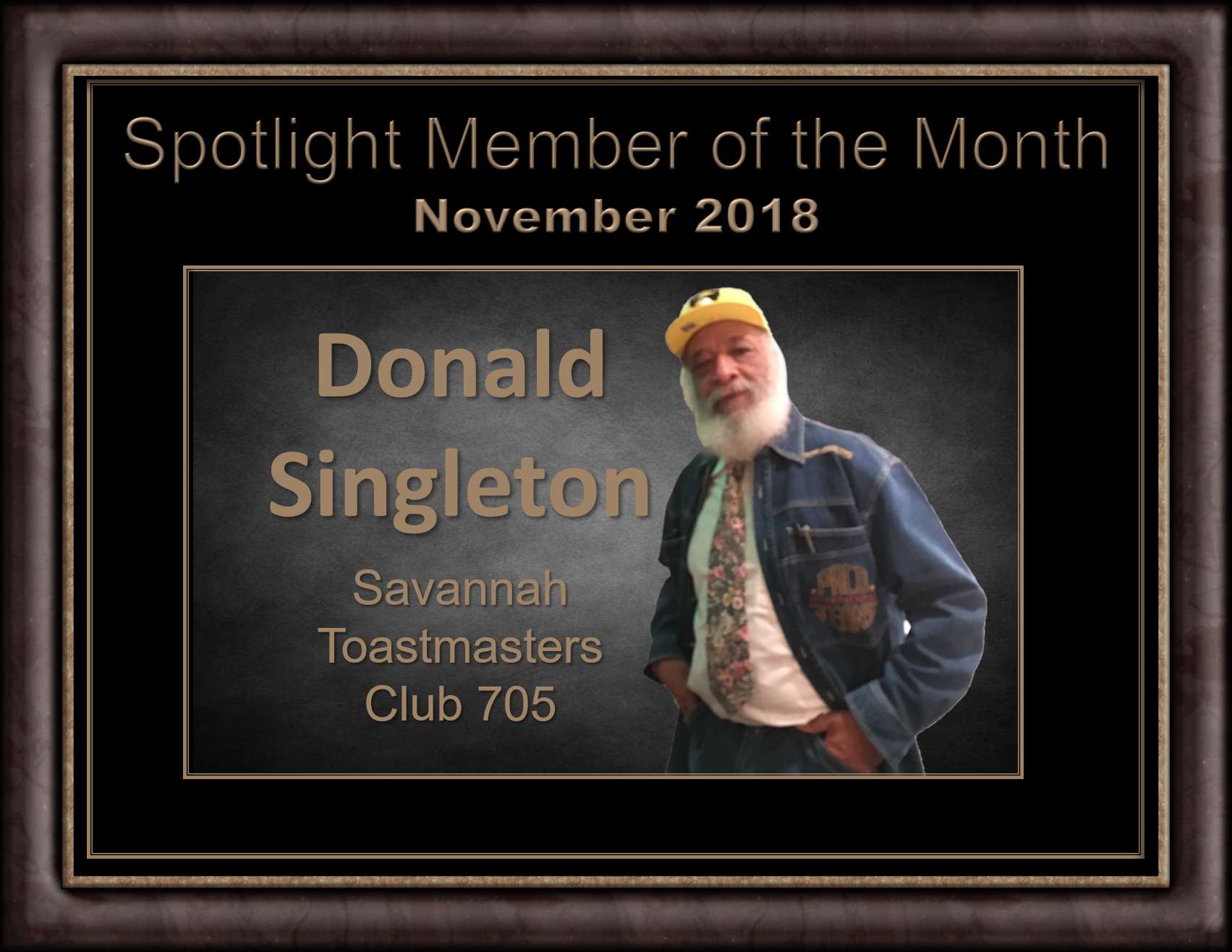 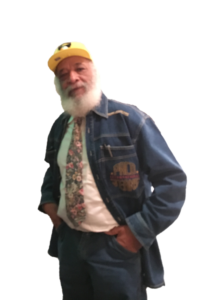 Spotlight – Each month the District recognizes a member for outstanding accomplishments in earning educational awards, in marketing their club or serving above and beyond what is expected

Spotlight Submitted by Natatia VanEllison – VP Education Savannah Club 705 (one of the oldest clubs in the District).

Donald Singleton is a Purple Heart Recipient and a Retired Engineer. Donald serves as the club’s Sergeant-At-Arms for Savannah Toastmasters Club 705 and prepares the BEST BANANA PUDDING in the Southeast.

Donald shares his Toastmasters experiences with prospective and new members at every meeting. Donald has been a member for over 2 years; he opens and closes the meetings with his positive experiences and overcoming his fear of public speaking.

Now, Donald speaks outside of the club, without hesitation. In fact, Donald was recently asked to speak for 45-minutes at a Local Garden Club in his Hometown of Richmond Hill. Donald shared his experiences with us, and he said, “They paid me to speak my gardening experiences, and I was not scared!”

As VP Education, I am charged with filling roles, and whenever I ask Donald to serve in a particular role, he states, “Yes, I will and I am not scared!”

It gives me a great honor and privilege to submit a highlight for Richmond Hill’s First African-American Grand Marshall in their upcoming Martin Luther King, Jr.’s Parade to be held on January 19, 2019. Donald has invited his Club 705 family to ride in the parade with him, and we will do so! Congratulations, Donald! You deserve to be in the Spotlight!